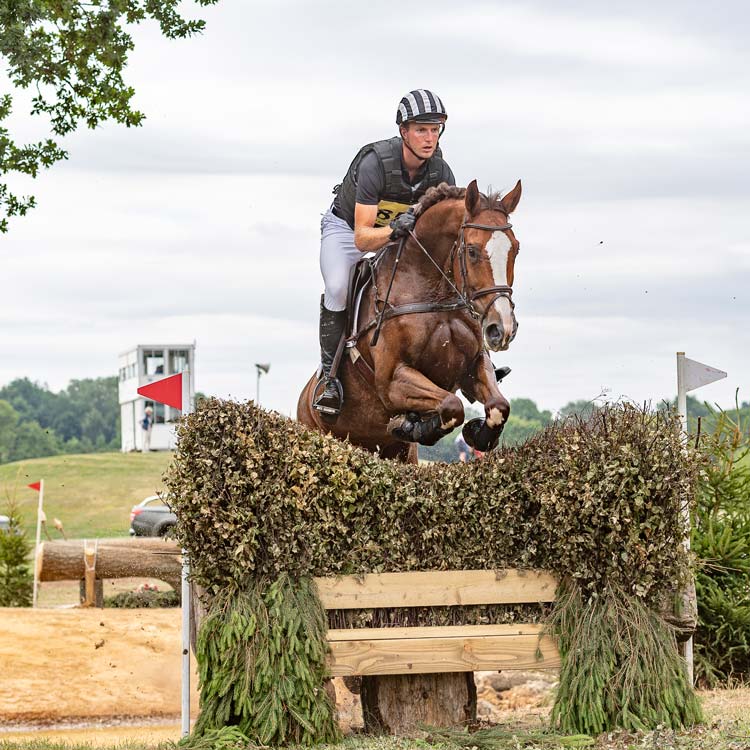 At 21 years old, Jesse became the youngest rider ever selected for the NZ High Performance Eventing squad. Being based in the UK, Jesse was able to train with the legendary Sir Mark Todd throughout 2009. In 2010 he won the NZ Prime Minister’s Scholarship and moved to Sweden to further his skills under the careful tutelage of Olympians Lisen and Peder Fredrickson. Returning to the UK in 2011, he spent a year based with another fellow countryman in Andrew Nicholson, in the lead up to the 2012 London Olympic Games.

To date Jesse has won 21 major NZ & International Eventing titles and sports awards, and still holds the record for the best CCI5*-L dressage score from a first-timer. He combines competing at 5* level with producing talented young horses and is based in Wiltshire with his fiancée and fellow eventer, Georgie Strang.

“KBIS have been crucial in guiding Georgie and I when it comes to having the correct yard cover in place, especially when we merged yards. As a team we are privileged to represent KBIS, a brand who have shown huge support to the sport of eventing over many years.”